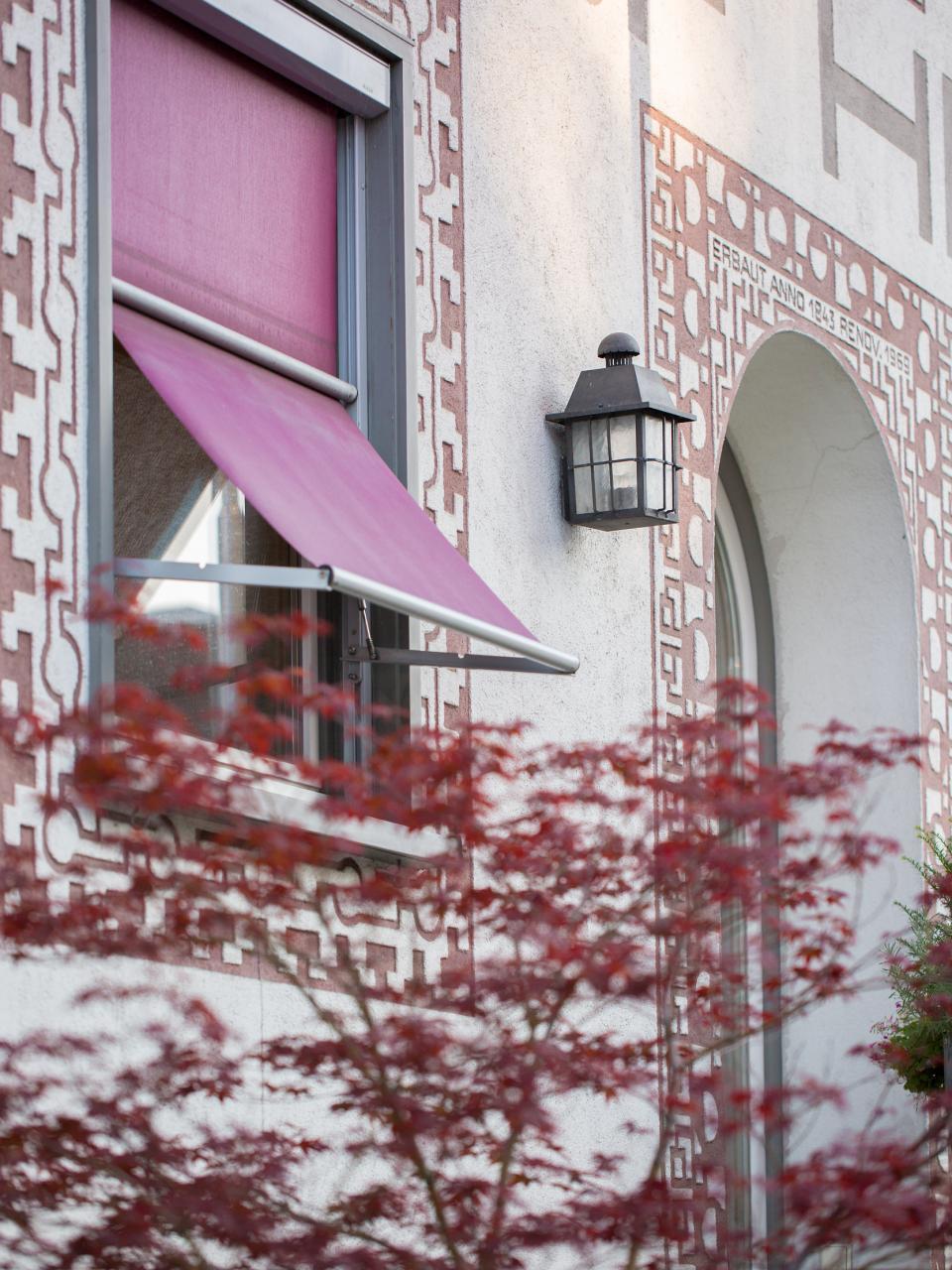 The Roman numeral IV stands for the Haselstauden, the 4th district of the city.
We are proud to be a part of Haselstauden, and the number IV is for us a symbol of our origins, illustrating our roots and linking us to this historical district of town. In early times this crossroads was the only feasible location for a mixed trading post and farm; over the course of time an inn was established here and later a hotel developed. The history of the Hotel Hirschen, now in the IVth generation of the same family, is closely connected to the history of this district. The earliest documented mention of Haselstauden dates back to the 17th September 1249; the Hirschen originated some 600 years later.
Some houses close to the hotel have been sympathetically renovated and still retain their original form. The overall harmony of this striking group of buildings is unique to our district.